Berk Docks is a location whom serves as a place to first introduce new players to the game and to give them the New Student tutorial quest.

Berk Docks consists in a rocky coast, with various cliff edges and deformations, and enormous pieces of frozen water (presumably coming from Drago's Bewilderbeast after his attack on Berk).

On the first (upper) layer of cliffs, it contains the entrance/exit to the docks and various pathways whom lead to the entrance/exit. Between the layers' edges, there's a wooden bridge that connects them. 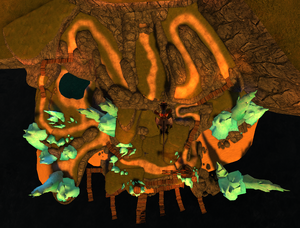 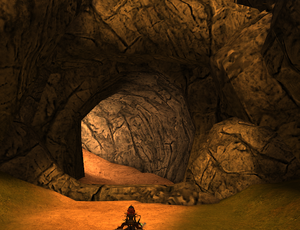 Entrance/Exit
Add a photo to this gallery

On the second layer, there's a fishing spot to the right side (according to the player's position and spawning); to the center, there's 2 watch towers and, in between them (more to the left side), there's a crane that holds a coded caged dragons. When you complete the tutorial, a World Map appears on the same place but, in the grass instead. 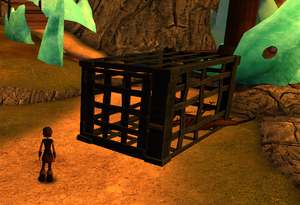 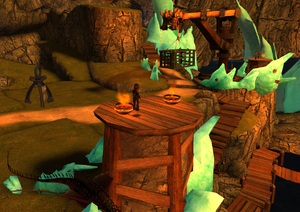 The four buildings
Add a photo to this gallery

On the last layer, a large docked zone is located in the center with a small rocky beach on the right side. On both corners, there's a medium-sized beach.

The sea is full of sea stacks and, in two of them, have a large piece of frozen water.

On the second layer, there's a freshwater fishing spot on the right side.

Retrieved from "https://dreamworks-school-of-dragons.fandom.com/wiki/Berk_Docks?oldid=26943"
Community content is available under CC-BY-SA unless otherwise noted.