Death Song is still incomplete. Please remove the checklist upon completing all the tasks.

The Death Song is an exclusive dragon released with the Call of the Deathsong expansion on August 30th, 2015. It can be purchased for 1000 gems (800 for members) or awarded for finishing the quest Loose Ends.

"The Death Song uses a siren-like song to lure its prey. The secret behind this amazing feat is the Death Song's extra cervical vertebrate. When the Death Song calls, its extra vertebrae expand into its frills, and its song is able to be projected to specific targets up to a mile away.

"Death Songs are extremely solitary. This is most likely because of the fact that they will eat any dragon who gets too close to them, including their own kind. Their preferred prey is other dragons, but they aren't adverse to eating any unwary human who strays to close to their nests. Your best chance to defeat this dragon is to ride a Thunderdrum, which is mostly immune to the Death Song's song. This is because a Thunderdrum's hearing is so poor that they are unable to hear their lullaby. Death Songs also struggle with small spaces, as they can be affected by the echo of their own song."

For more information on the Death Song, click here.

Call of the Death Song Edit

As the name suggests, The Death Song is the protagonist of this expansion.

A wild Death Song leaves its island Melody Island and establishes its new hunting territories around Berk and the School. From Astrid, the player learns that the Death Song is an invasive species that will destroy the ecosystem it invades. Death Songs shoot a fast-hardening amber-like substance to trap its prey, which can be melted using Monstrous Nightmare gel as fuel.

Sven's Farm is converted to the new nesting site of the dangerous dragon. The dragon's nest is a spherical structure, anchored high from the soil, made with Death Song's own amber. This makes its nest a secure, unbreakable home.

There's a legend in Berk that explain the origin of the Death Song as a valkyrie that was transformed into a butterfly dragon by Loki, to take revenge on dragons that took her fiancee's life.

Johann the Trader discovers by chance that the dragon has an alternative diet of eels, and in the end, the Dragon Riders with the help of the player successfully convince the Death Song to move to Ship Graveyard, where it can find plenty of prey in the shape of giant eels. 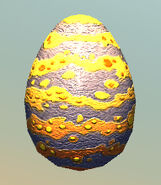 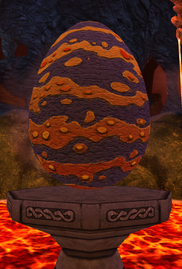 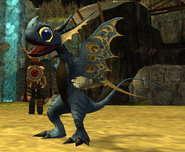 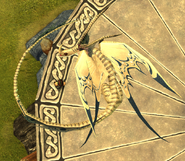 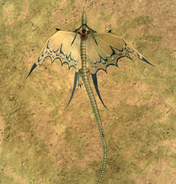 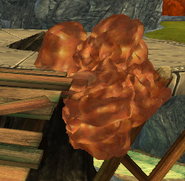 The amber spreading on impact

The lenght comparison between a viknig and a Death Song 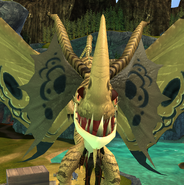 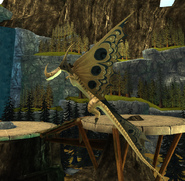 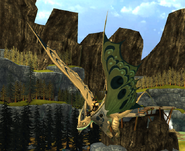 Death Song firing while flying (about to shoot)

Death Song Braking
Add a photo to this gallery 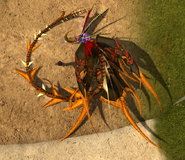 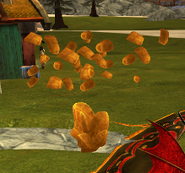 The ambers spreading and splashing on impact

The lenght comparison between a viknig and a Titan Death Song 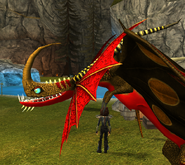 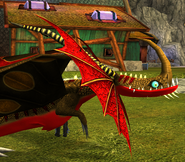 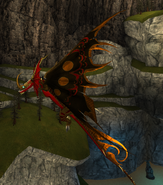 Titan Death Song Braking
Add a photo to this gallery 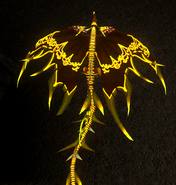 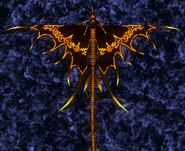 Retrieved from "https://dreamworks-school-of-dragons.fandom.com/wiki/Death_Song?oldid=42062"
Community content is available under CC-BY-SA unless otherwise noted.