Dreadstrider is still incomplete. Please remove the checklist upon completing all the tasks.

The Dreadstrider is an exclusive Mystery Class Dragon initially released in 10th of October, 2019, 5:18AM UTC. It's an hybrid between the Flightmare and the Speed Stinger, and it's unknown if it will be available in the Store. On October 31st, 2019, the Dreadstrider has made its appearance in Dreadfall Event and it was available for 20000

In spite of being exclusive, they're available in the Dragonpalooza for 25,000

"The Dreadstrider's overall body shape resembles that of a Speed Stinger. However, they have a primary set of wings most similar to that of a Flightmare, with a smaller secondary set similar to the Speed Stinger's. They have further physical characteristics of the Flightmare, most notably the eerie glow, the spikes on its back and the barbels under its chin. As a hybrid, this dragon's scales are a mix between its parental species."

To learn more about the Dreadstrider, go here.

to buy them. While they were quickly removed shortly after, the developers didn't penalized those who bought the Dragons, because of it, players who both the Dragon Eggs could hatch them and ride them much earlier than they should.

It doesn't help the slightest how currently, players can only get the Skrillknapper from the Dreadfall Event and not the Dreadstider, and because the Game's assets include all the Dreadstider's files to turn him into a playable dragon, players who are experts with Unity can code in the Dreadstider into the game for showcases[2] of a Dragon who got intially released a few hours before the real Update and it's unsure where will it come back. 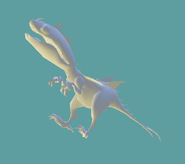 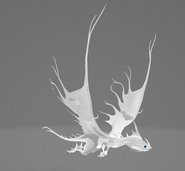 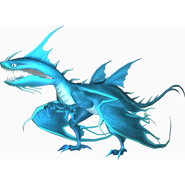 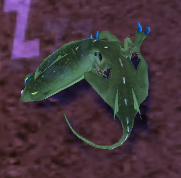 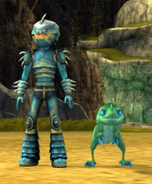 Size comparison between a Viking and a Baby Dreadstrider

Retrieved from "https://dreamworks-school-of-dragons.fandom.com/wiki/Dreadstrider?oldid=41884"
Community content is available under CC-BY-SA unless otherwise noted.