Fireworm Queen is still incomplete. Please remove the checklist upon completing all the tasks.

The Fireworm Queen is a Stoker Class Dragon released on December 19th, 2014. It can be purchased for 750 gems (600 for members) from the store.

"These dragons are often found in large groups. This makes them extremely dangerous. They are even remotely aggressive, occasionally clinging to potential enemies. Usually, Fireworms make their homes in dark caverns. Fireworm Queens are very protective of their firecombs of gel and will chase down anything that tries to take it. As being a mother, the queen has a devoted, discreet nature even on rage to take back her firecombs, and being highly intelligent as being capable of conjecturing the intruders' motives and objectives.

"Despite their aggressive nature (to protect their nests), they seem to know if another dragon's fire is worn out, and are kind and sympathetic enough to reignite other dragons' firepower with their venom (at least all species of Stoker class receive benefits). This may well be a natural instinct for the species."

For more information on the Fireworm Queen, click here.

Quest: The Trust of the EruptodonEdit

Wild Fireworms are found living on Eruptodon Island. They are much smaller than their queen. The Fireworms glow with intense heat, and while they are hot they are not aggressive if handled properly.

Quest: Returning to the NestEdit

On the way to the Hobgobbler Nest, Fireworm Princesses and their egg nests under their and their Queen's protection seem to natively live in a maze-esque location filled with Fireworm nests. They become another problem for the player to avoid when escorting four baby Hobgobblers into the maze.

In Wraith Invaders a Fireworm Queen is used for her powerful but precise fireshot, to melt some ice without burning a trapped Snotlout. 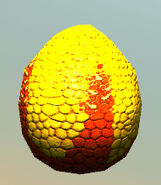 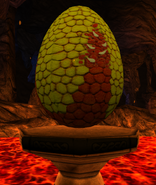 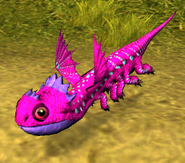 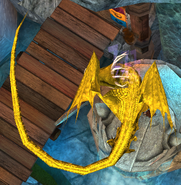 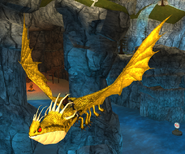 Fireworm Queen Braking
Add a photo to this gallery 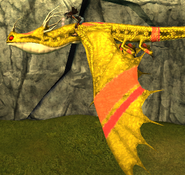 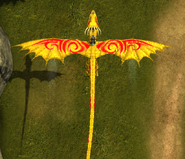 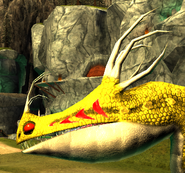