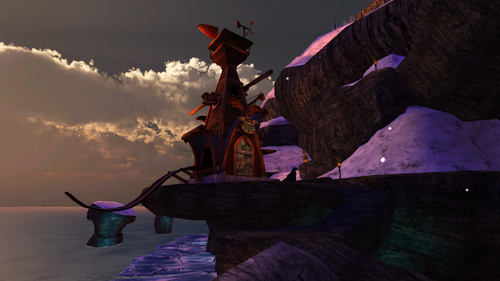 Flight Club or Flight School is one of the oldest Minigames available in the game, existing every since its very beginning, the Minigame itself was build with the intention of helping players learn how to fly and glide with a Dragon as well as another method of leveling your Dragon's level. It was once located in The School like Fireball Frenzy and Thunder Run Racing before being moved to Training Grounds in v1.9.0, October 15th, 2014.

While the player technically needs at the least a Lvl. 5 Dragon to use in Active Dragon Mode, Maximum Viking Power! is the quest that introduces the Minigame. The purpose of Flight Club is to go through an obstacle course (either filled with hoops or targets) and/or collecting flags with the optional sheep as fast as possible. 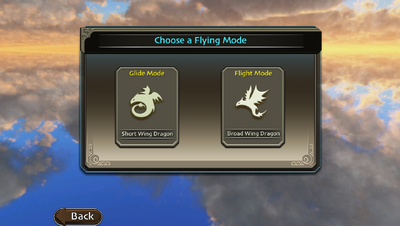 It's worth noting the overall Dragon's flight speed is different from the overworld but is the same for Thunder Run Racing, one could say Flight Club helps players prepare for the Racing's flight speed changes.

Pickable are main source of getting points, they're often used in multiple levels, specially in Glide Mode. In spite of all having the same score (100 Points), these have two kinds of Pickables: 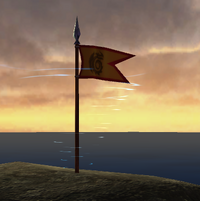 The most common pickable of all, Flags server as the main source of points in most of the levels, they have a rather wide hitbox built to safe the player from having hitbox troubles during their flying test. Each level has a set of flags that player is required to collect, the lower the amount of flags they collect, the more their score will drastically decrease and affect the Grade. 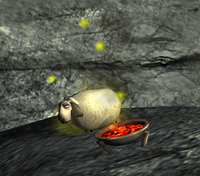 The Bonus Sheep however has a much smaller hitbox and it's often located in rather tricky locations where players need to either tightly dive or turn. Not every level as it though when it does, due to the sheep being small and occasionally blend in despite the yellow glow, players are often prone to either miss it or ignore it completely as risking their run through the level for an extra 100 Points can be considered as unworth it by some.

This mechanism is exclusively available in both Flight Mode and Hero Mode. 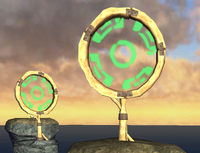 Rings are a second method of earning points in Flight Club, they're introduced in Swoop Loops (Flight Mode) and just like the Checkpoints in Thunder Run Racing, the player has to fly through them in order to earn its points. As the player progresses, some of the ring placements will start to fall favorable to some species and unfavorable to others, take for example The Twister, dragons with a slower and dragging Turn Rate can fall victims to constant crashing and lose of control due to how tightly the rings are placed. 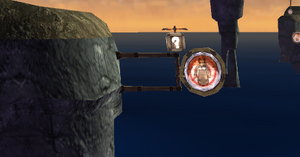 Targets are the third method of earning points in Flight Club, they're introduced in Bank and Burn (Flight Mode) and much like the targets at the Training Grounds, the player has to shoot down the targets in order to earn its points. Before the Battle Event Update, firing all the targets would often be a challenge due to the recharge time; nowadays, the difficulty of shooting all the targets depend on the Dragon's Cooldown, Range and Nº of Shots, if th Dragon has a slower Cooldown, shorter Range, and/or low Nº of Shots, then firing all the Targets may become a challenge since the Targets were build for the old Firing mechanism, therefore the placement of the Targets do not depend on the Dragon's stats 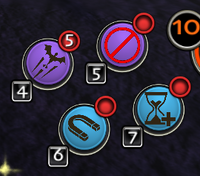 There's a total of 3 Power-ups for the player to collect and use them in the levels, they can be found in the Qeustion Mark Crates that appear in the levels, with the Speed boost being available at both the store for 5

for Members) and in Mystery Power-Up boxes from Old Wrinkly's Cauldron.

The Speed Boost fucntions in the exact same way as Thunder Run Racing's Speed Boost, for a total of 4 seconds, the Dragon's speed will be multiplied by 1.1 (for example, a Monstrous Nightmare's Max. Speed increases from 7.5 to 8.2). While the concept along sounds excellent and aidful to the player, it's advised to only use the power-up in a straight line as steering while under influence of the power-up is more difficult and prone to crashing or lose control of your dragon entirely.

The Extra Time will stops the main clock and give you 5 extra seconds simultaneously, it has a similiar fucntion to the Extra Time in Fireball Frenzy, though instead of locking you still, it lets you keep on going. It's useful to make up for the time you've potentially lost when trying to get on track or the aftermatch of a crash.

The Magnet does exactly what a magnet does, it attrachs Pickups from afar for a total of 10 seconds, it's useful to get the Bonus Sheep which that along is prone to be ignored or missed by most of the players.

Upon finishing a Lesson, the player will get a result screen which includes your Score, Time it took you to beat, Pickups gotten,

received, and the Grade, the Grade is what allows you to unlock the next level as well as necessary for Flight Club Achievements, there's 5 Grades all dependant of your performance.

The scoring system is what determines your Grade, though the equation for the score depends on what the level consists in:

Flight Club is home to hoards of Achievements, it's the Minigame with the most Achievements available for the player to complete. 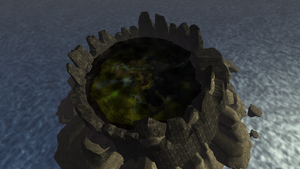 Retrieved from "https://dreamworks-school-of-dragons.fandom.com/wiki/Flight_Club?oldid=38406"
Community content is available under CC-BY-SA unless otherwise noted.