The Flight Suit is a special suit that can either be unlocked with Membership, bought in the store, received through redeem codes or glitched. It was added on June 6th, 2014 as a part of the v7.1 update.

It is the only type of clothing that lets you glide anywhere without having to ride a dragon. However, there are places that the player is restricted from gliding, listed below:

There have been several gltiches, one of which would make the leather that connects the arms to the legs disappear.

Since v2.7.0, the dragon will always follow you around when gliding.

A Flame Whipper following the player

A Scuttleclaw following the player

The Flight Suit works similar to how it does in the movie; you need to fly with your dragon to a certain altitude, where a Flight Suit button will appear on screen, and from there, you can either click the button or press E to use the Flight Suit. Note that if you aren't actively wearing the Flight Suit, it will take a while to load it.

It should be noted that you can glide without the dragon. By wearing the Flight Suit and jumping from a high altitude, the icon to use the Flight Suit will then appear and from there you can click it or press E to glide.

How to control while glidingEdit

The Flight Suit can throw a player off guard as the controls are very different from the general controls.

Up arrow or W and Down arrow or S are now Brake and Dive respectively. In order to gain speed, the player has to dive to gain extra speed - however, this decreases the player's altitude at the same time. The dragon's speed and acceleration can also give a head start when gliding, though the player will almost immediately lose said boost.

When braking, the player is able to glide and slide in a straight line for a short period of time before the player start losing altitude in a very gradual manner. This allows the player to properly land, and they will then have the option to remove the Flight Suit on the spot without the usage of the Adventurer's Journal. However, after a few seconds, the icon will disappear (though it will always appear whenever the player lands.) 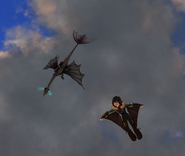 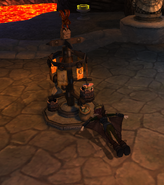 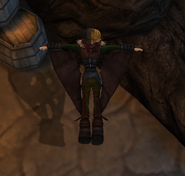 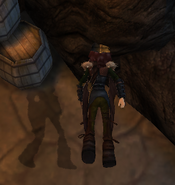 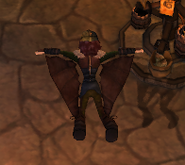 Retrieved from "https://dreamworks-school-of-dragons.fandom.com/wiki/Flight_Suit?oldid=40349"
Community content is available under CC-BY-SA unless otherwise noted.