The Grim Gnasher is a sharp class dragon released as trainable dragon on April 10th, 2018. It can be purchased for 750 gems (600 for members).

It was previously a non-playable dragon that was introduced as part of the Wrath of Stormheart expansion pack. A pack of Grim Gnashers is seen in the island of Vanaheim as part of a quest.

The Grim Gnasher received a Titan Stage in June 5th, 2018.

"Despite their small size, Grim Gnashers love nothing more than to sink their thousands of teeth into smaller and weaker dragons.

Sneaky and opportunistic, Grim Gnashers circle above their injured prey like carrion birds. Even though they hunt in packs, Grim Gnashers prefer to feast on a dragon that can't defend itself, rather than take on a healthy dragon.

Yet Grim Gnashers are just as deadly with their long-range attacks. Possessing a shark-like ability to regenerate row after row of sharp teeth, these dragons spit out fiery blasts of fangs with remarkable precision and accuracy.

But perhaps the most dangerous thing about Grim Gnashers is their ability to plan and communicate with each other to outsmart their quarry."

For more information on the Grim Gnasher, visit here. 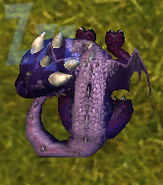 The loop that the Grim Gnasher's swimming animation does

The result of mixing turning with firing 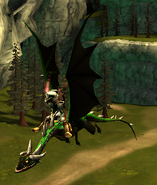 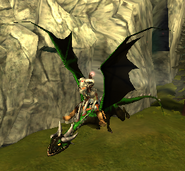 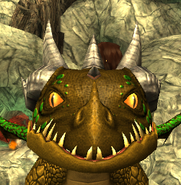 Head horns (front view)
Add a photo to this gallery 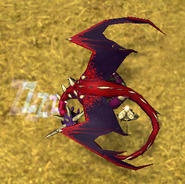 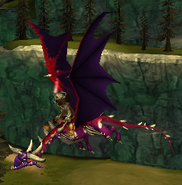 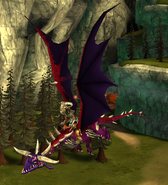 Add a photo to this gallery

Retrieved from "https://dreamworks-school-of-dragons.fandom.com/wiki/Grim_Gnasher?oldid=40582"
Community content is available under CC-BY-SA unless otherwise noted.