The Gronckle is a Boulder Class dragon and one of the seven dragon species available for adoption at the beginning of the game. It can also be purchased at the store for 200 gems (160 for members).

"Gronckles are a part of the Boulder Class, according to the Journal of Dragons. A Gronckle’s key talent is to be able to ‘Lava Blast’. This ability allows Gronckle’s to eat rocks and shoot out flaming masses of lava out of their mouths. Gronckles have one of the hardest scales and exterior for a dragon, giving them an almost near impenetrable armor. They also have a high firepower, which they must use to be able to maintain the Lava Blast. 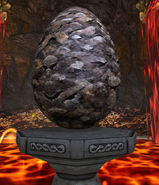 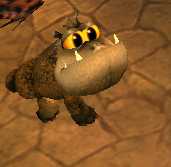 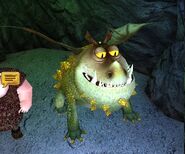 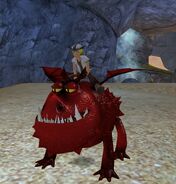 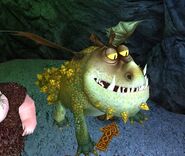 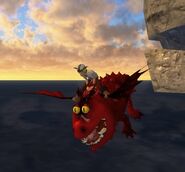 A Non-Titan Gronckle's Fireball
Add a photo to this gallery

Gronckle War Paint from above 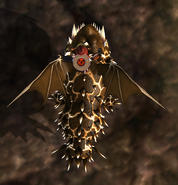 Titan Gronckle (view from above)

Titan Gronckle swiming
Add a photo to this gallery
Retrieved from "https://dreamworks-school-of-dragons.fandom.com/wiki/Gronckle?oldid=10253"
Community content is available under CC-BY-SA unless otherwise noted.