The Hideous Zippleback is a Mystery Class Dragon released with the SoD's release and one of seven dragon breeds available to choose at the beginning of the game. It can also be purchased from the store for 225 gems (180 for members).

On April 13th, 2020, the Hideous Zippleback received a price adjustment and was increased to 250 Gems (200 for members).

"The Hideous Zippleback is a part of the Mystery Class, as said in the Journal of Dragons. The rare and unique ability these dragons have is the ‘Gas and Spark’. One head produces a thick green gas in the air while the other head can create sparks in his mouth to light the gas on fire and create a huge explosion. The Zippleback is known for its stealth and a decent firepower.

"The two heads are often found quarreling and snapping at each other when one head disagrees with the other. However, they work extremely well together in combat, as the right head breathes a flammable green gas while the left head creates an electric spark to ignite it. Because of this unique attack, the Hideous Zippleback is considered to be one of the most dangerous types of dragons throughout the Isle of Berk."

For more information on the Hideous Zippleback, visit here.

The player will meet a wild Zippleback, named Fart n Sniff by the twins, in the quest Multi-head Bonanza from the Battle for the Edge expansion. It's trapped in a Dragon Hunter snare net, and the player will free it.
Fishlegs explains in the same quest that Snaptrappers and Zipplebacks probably have a common ancestors, but they changed their morphology over time due to a difference in diet. Zipplebacks supposedly have two heads because it helps it catch fish. 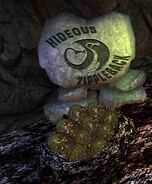 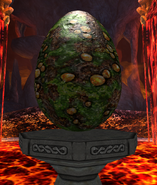 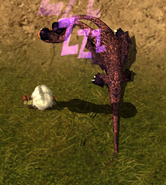 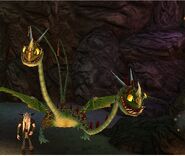 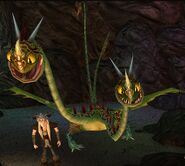 Zippleback Swimming (back view and animated) 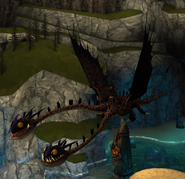 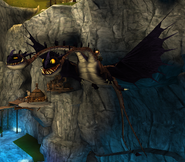 Zippleback Braking
Add a photo to this gallery 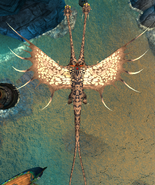 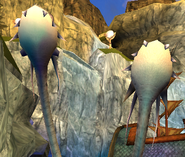 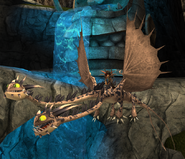 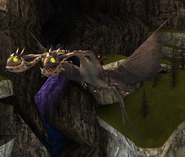 Titan Zippleback Braking
Add a photo to this gallery 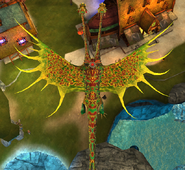 Pattern details
Add a photo to this gallery 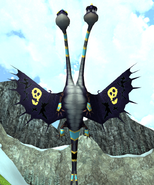 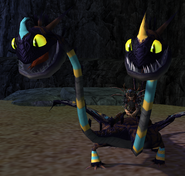 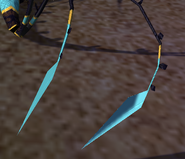 Close-up of the tails tip

Comparison between a Zippleback with and without it 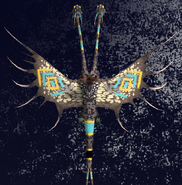 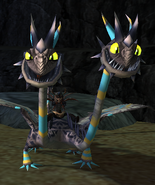 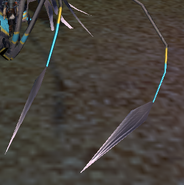 Close-up of the tails tip 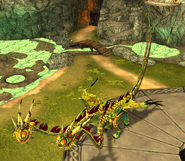 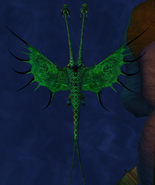 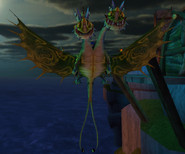 Vivid Dreadfall Skin (under view)
Add a photo to this gallery

Retrieved from "https://dreamworks-school-of-dragons.fandom.com/wiki/Hideous_Zippleback?oldid=40580"
Community content is available under CC-BY-SA unless otherwise noted.