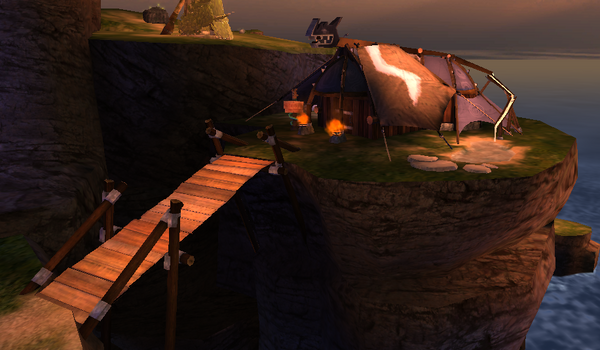 The Hideout is a special customizable hut that works similiar to The Farm, it comes with the Battle for the Edge expansion though it can be bought seperately for 200

for members). Unlike the Farm, the Hideout can only be accessed in Dragon's Edge. 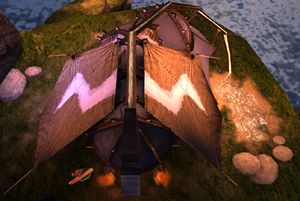 The Player's Hideout is a general wooden structure with an oval shape, the roof has the base of a wyrm dragon with a half-pipe system that leads the water to a small lake outside and to the left of the Hideout. By the entrance, there are two torches and a sign that says "HIDEOUT". Because the Hideout is located on top of a large sea stack, a bridge connects the main isle to the said sea stack. If the player enters the Hideout without the Expansion, a pop-up to buy the Hideout will appear, though, if the player has bought the Hideout, they can freely enter the Hideout. 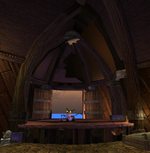 Inside the Hideout, the player has a specific amount of room for customization, both ground and walls, the floor is made of round, natural stone tiles and the walls are made of wood planks, to the top right, there's a high ledge with a window to the outside - this is where the active dragon will be located at. A newly bought Hideout will always be empty without any furniture as opposed to have aleady-placed furniture, giving the player the head-start into customizing the Hideout. 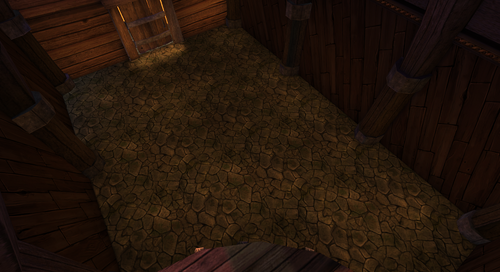 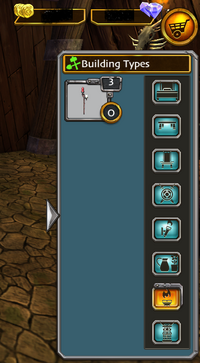 To customize a Hideout, you must click on the two utensils doing an "X" symbol to the middle right section of the screen, doing it so will open a special menu similiar to The Farm on the right side, listing every item you've bought or received by types. Within the menu, it will show the respective item and how many do you have, to place it on the Hideout:

When the item is selected, three new options will appear:

Due to a lack of Tutorial regarding the Customization of the Hideout, there's no indication about how some items can be stacked on top of another, specifically smaller items such as Bows, Cups and even Boxes. To stack an item, move them into a table or a box and the item will automatically appear on top of the table/box and will stay on top unless it's out of the collision detection range of said table/box. The "item will stay red if it's into another collision range of another item" rule still applies to stacked items, for example, if the player has a bow on a table and tries to place a box nearby the bow, if the box is touching the bow's collision range then the box will stay red until the player moves it out of said range.

Also due to no indication or tutorial within the game, you can stack multiple items on top of another item on top of a table.

There's a total of 8 types of items available, some with their own systems.

Throughout the course of the game, some quests and event will reward Hideout Items.

Retrieved from "https://dreamworks-school-of-dragons.fandom.com/wiki/Hideout?oldid=34247"
Community content is available under CC-BY-SA unless otherwise noted.