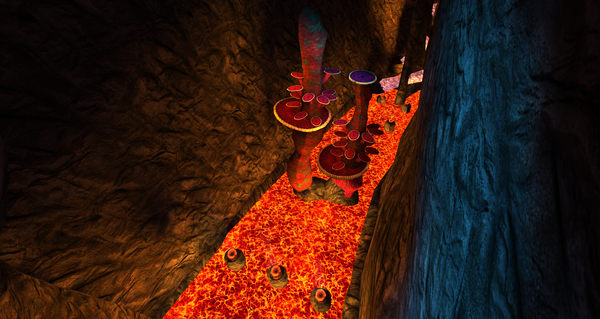 Hobgobbler Nest or Hidden World Caverns is a quest-only location found in the Curse of the Hobgobbler Expansion Pack, it's a platform-heavy, maze-esque location. You can't access it again after finishing Returning to the Nest.

The Hobgobbler Nest is an enormous cavern divided in 5 sections, all leading to the small nest of the Hobgobblers, the first section involves a lava filled cavern with crystaline formations and coral-esque tower formations used for the player to climb on, on the lava and in some spots, there's groups of geysers that boost the player upwards to regain lost altitude, Hobgobblers can be seen flying around aimlessly in the cavern. The cavern itself has a double path section and has three tight curves, the first containing a group of geysers and a coral structure, the second containing both geysers and crystaline structures, and the third makes a nosedive to a much lower level and contains hoards of crystaline structures with some geysers around at the end. 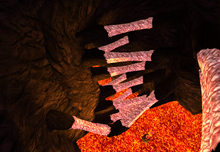 In the ending section, a hoard of geysers leads the player to a large cave entrance filled with water and corals, this entrance will lead you to the next section. 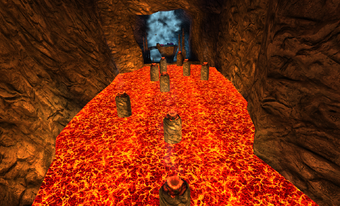 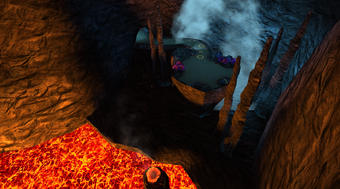 The next section is a round of Make a Path kind of minigames, after a cutscene of a Hobgobbler sitting on top of a vent, raising a platform, the player will come across a large, square-ish cavern filled with vents and Hobgobblers. The purpose of this section is to drag the Hobgobblers into the vents to raise the respective platforms to create a path for the exit, each vent is specifically colored to help players know what vent correspond to what platform so if a vent is black and brown colored, it will raise black and brown colored platforms - this means a specific number of platforms can have one or more vents corresponding to it. The ground is filled with a strange substance, possibly a type of quick sand, and the walls are filled with spots of corals. 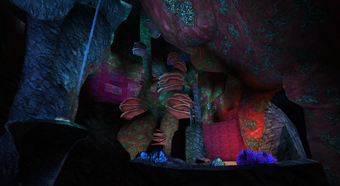 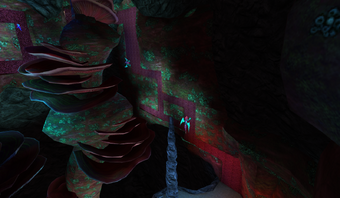 After creating a path to the exit, the exit will lead to a coral filled location: massive columns are filled with enormous corals with water covering the bottom, small "bushes" of corals can be seen everywhere as well as the spots of corals in the walls. A crimson colored coral wall can be seen in specific sections of the room, the purpose is to climb said sections to get to the end while avoiding Flame Whippers. There's a total of 4 sections of crimson colored coral walls for the player to climb on and a set of 6 Flame Whippers (two of them has two Flame Whippers each) to avoid, hitting a Flame Whipper is all the way back to the beginning of the respective section. Unfortunately, the camera doesn't back up to allow the player see what's up ahead and can occasionally zoom in on the player's head, blocking the view entirely. 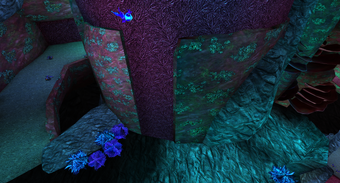 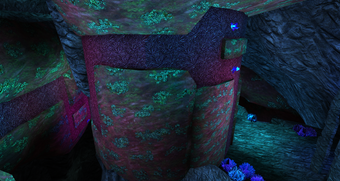 The second to last section is the longest section in the Hobgobbler Nest while also being rather hard, the player will encounter a baby Hobgobbler at the end of each maze (two baby Hobgobblers on the last maze) and the player has to escort them safety across the maze and avoid being caught by the Speed Stingers, each maze getting harder and trickier to go through. The first maze has walls filled with Hidden World glowing with some coral bushes, there's a total of 10 Speed Stingers to avoid, 4 of them are on a constant move. The second maze has a more rockier structure with some dead ends containing glowing walls with corals, it has a total of 19 Speed Stingers, 3 of them are on a constant moving. 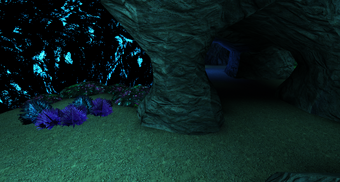 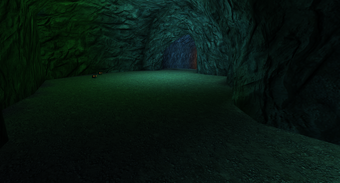 The last room mixes the the first 3 sections all in one, the room is filled with dark, glowing walls and massive herds of pillars supporting the cave, some with blue crystaline structures of variable thickness connecting some columns and around some as well, paths that guide the player to the required locations are dust cream colored to contrast the dark, blue and black coloration, the climbable walls are also a more brighter navy blue and some are surrounded in greyish dark coral bushes. The purpose of this room is to climb to the top with the climbable sections (also filled with Flame Whippers to avoid), then glide to the exit with the help of a geyser, and open the exit by placing a Hobgobbler on a vent.

A cavern will be opened and the cavern path filled with Hobgobblers leads to a wide, small, round-ish nest filled with holes that potentially lead to mini-nests where the Hobgobblers will remain hidden and covered. The dark, cozy cave is simply lightened by a crack on the ceiling, letting a ray of light pass by and touching a circle made of pebbles. The Smitten Hobgobbler is seen to be already there and the objective of the location is to grab him into the light, sending all the Hobgobblers to the nest except for himself, who doesn't stay in the nest after the player starts Curse, Broken. 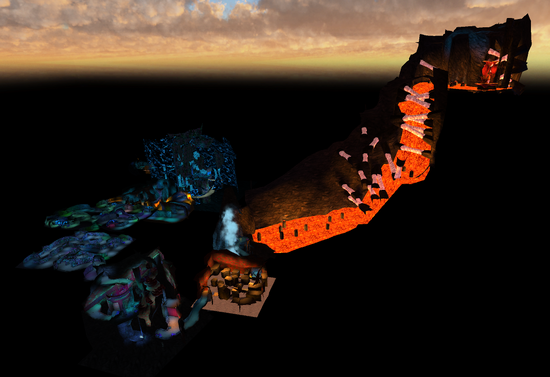 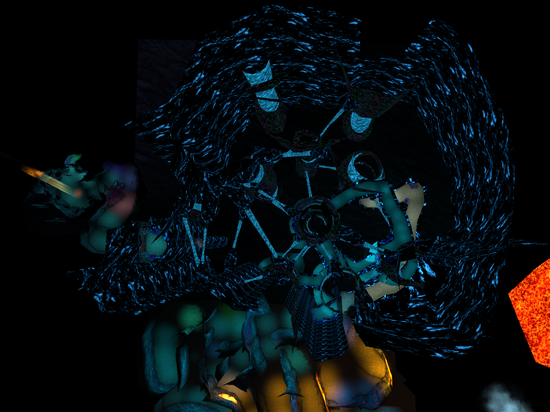 Retrieved from "https://dreamworks-school-of-dragons.fandom.com/wiki/Hobgobbler_Nest?oldid=32878"
Community content is available under CC-BY-SA unless otherwise noted.