Things to do when a new dragon is released (usually done by admins - please ask permission if you want to do it):

In the second section, it's the Combat Stats, within the page, a large table that contains spaces for the stats of each 50 Levels is located. While every Dragon, including the non-Combat Dragons, have all 6 stats, only Attackpower, Firepower, Healpower and Health increase each level, so it's important to gain them for a more in-depth look at how strong or big will the resistence to damage be in Level x. In some Dragons, the Attackpower, Healpower and Health are easy to calculate for the next levels, Firepower however has a very distinct development which makes it much harder to calculate.

On the third and last section, there's the Gallery that can create a fourth section called Skins if the dragon has available skins.

Dragon images are very important as they give a general idea on how they look and no one wants to buy a dragon before knowing how they look like.

A picture is worth a 1,000 words, so a dragon gallery must be rich with images showcasing the dragon but to prevent a cluster of non-informative, blurred pictures, the gallery must include all the general poses that we see everyday:

Close up of the Fire

Within a gallery, the required poses are Standing, Idle, Sitting, Sitting Idle*, Sleeping in two view, Swimming in two views, a picture of the fire, the dragon Firing, a gif of the speed of the fire, Hovering, Flying, Gliding and Braking - these images and gifs are what give a more in-depth look of the Dragon, allowing players to have an easier time at deciding on which dragon should they get.

Some dragons also include special detail within the model, to which close-ups of the details are needed, for examples, the Light Fury has a glitter effect on the skin as well as fins around the body, so a close-up gif of it and multiple close-ups were created. Close-ups of the head and a wingspan showcase were also created for not only a close-up of the head details, but to also give a proper idea of the lenght of the dragon.

Size comparison between a Viking and a Light Fury

Close-up of the scales reflecting light

A Baby Dragon only requries the Standing, Idle, Sitting, sitting Idle and Sleeping in two views but it also requires the before hatching, default colors and after hatching/hatchling pictures. 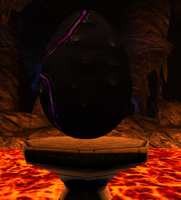 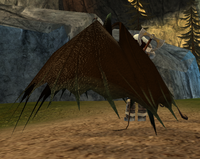 In the default colors pciture, the dragon msut be in a profile shot for players to get a better view on where does the colors apply - if a dragon has the same color on the whole body or in another sections, it's adviced the dragon that's being in use for the pictures to have distinct colororation.

A Titan Dragon often comes with a drastical changed appearance and the color placement often changes, though the Gallery Standard doesn't at all, a Titan Dragon still requires the Standing, Idle, Sitting, Sitting Idle, Sleeping in two view, Swimming in two views, a picture of the fire, the dragon Firing, a gif of the speed of the fire, Hovering, Flying, Gliding and Braking picture, as well as the details and close-ups. The only change would be the addition of the Comparison picture between an Adult and Titan.

Comparison between an Adult and a Titan

No matter what specie, the Bioluminescent Patterns gallery must include 3 general views of the patterns.

The Titan must have the exact angles of the adult for an easier comparison.

There's 3 types of Model Animation to apply to the Dragons:

A Dragon with Original Model Animation is when a dragon has never seen before animation, without any bits from other Dragon animation models. The animation can not always be smooth like the Primary Starters, though the main rule of application is "Has this animation ever been seen before?". Because the animation is "unique" in a way, the Standing, Idle, Swimming and Firing require to be in gif format to demonstrate the animation model, and two extra gifs are made exclusivelu for OMA Dragons: Running and Walking.

Swimming (back view and animated)

An OMA dragon's required gifs doesn't just applies to the Original Animation, dragons with a modified model such as Sliquifier and Grapple Grounder also require the required gifs to demonstrate the animation though it should ONLY apply to the dragon who got released first, in this case, the Grapple Grounder should have the gifs due to its June 12th, 2015 release while the Sliquifier should have images of the animation due to the July 10th, 2015 release.

HMA Dragons only require gifs of the OMA requirements if the animation is distinctly animated in spite of being a recycle of an animation model, for example, the Fireworm Queen uses the Night Fury model but contains a uniquely animated running animation, therefore, a gif of the running animation is required; the Grapple Grounder is a mesh of Night Fury and Hobblegrunt animation model, creating a strange, unique animation in spite of being made with 100% recycled animation, therefore, the Grapple Grounder requires the OMA Dragon requirements.

The Shockjaw and the Moldruffle are examples of Dragons with RMA 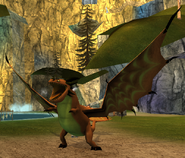 A Dragon with Reused Model Animation is when a Dragon reuses the animation model without any major, new animations whatsoever, for example, the Death Song and Moldruffle reuse the Skrill model, and the Scuttleclaw reuses the Deadly Nadder animation model.

Because they don't show any new animation whatsoever outside of the reused animation, no gifs except the Fire Speed gif are necessary, though if a RMA Dragon is the "owner" of the Sitting Idle, the Sitting Idle must be in a gif format - for example, the Smothering Smokebreath is the owner of the Night Fury model without sitting animation's sitting idle, therefore, it has a gif version of the Sitting Idle.

Retrieved from "https://dreamworks-school-of-dragons.fandom.com/wiki/How_to_Contribute/Dragon_pages_standards?oldid=43429"
Community content is available under CC-BY-SA unless otherwise noted.