The Luminous Krayfin, also often refered as the Leviathan is a non-playable, Tidal class dragon released with the The Secret of Leviathan expansion on March 2nd, 2017.

As for v2.7.0, the Titan/Adult Krayfin will swim in cycles in Impossible Island.

According to The Bork Papers (found in the first mission of The Secret of Leviathan Expansion Pack):

"The Luminous Krayfin thrives in a humid habitat and must feed on the Dragon Bloom, a* most dangerous flower. Only then can it become a leviathan.
Extremely dangerous. Pray you never see this monster on the seas."

The Luminous Krayfin is a Tidal class Dragon generally based on a turtle and a seal with the coloration involving shades of charcoal black on the whole body with teal spots around the edges of the charcoal pattern and an uranian blue underbelly, the eyes are lime green with a slit pupil and the mouth includes some outer canines. The anatomy is mostly based on a sea turtle as the Krayfin has medium-to-short flippers and neck, the ead is also rounder and shorter, with bony spikes on the top of the head that follows the spines, the dorsal of an hatchling is also filled with round scutes who will soon grown into a larger, scarped, thicker spikes.

The growth of a Luminous Krayfin is similar to a frog, the hatchlings have a pair of flipper-like wings which allows them to get to the Dragon Bloom faster, upon feeding on the Dragon Bloom, the hatchling loses their capability of flight and the wings transform into a pair of flippers that increases the maneuverability in the water. The Dragon Bloom proves to be important to the dragon's growth as it allows them to grow to Adult Stage, Titan Stage and even the elusive Leviathan Size - in Wrath of Stormheart, players get to see a skeleton of a Leviathan Staged Krayfin in the depths of the ocean.

To learn more about the Luminous Krayfin, go here.

Krayfin from The Secret of Leviathan poster 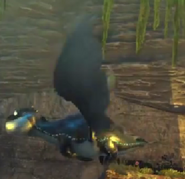 Full body of a Krayfin seen in the Trailer

Krayfin about to catch a salmon 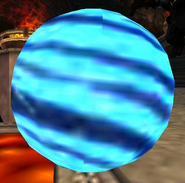 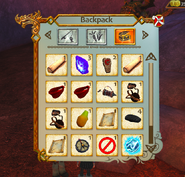 Krayfin Egg in the Backpack

A Sad Krayfin during a quest

Krayfin with the Quest's Question Mark 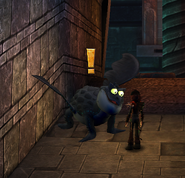 Krayfin with the Quest's Exclamation Mark 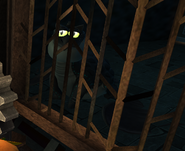 A "Caged" Krayfin in Impossible Island

Krayfin about to eat the Dragon Bloom 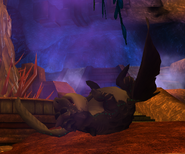 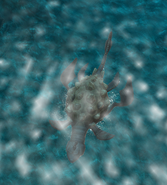 Titan/Adult Krayfin Sitting (front view)
Add a photo to this gallery
Retrieved from "https://dreamworks-school-of-dragons.fandom.com/wiki/Luminous_Krayfin?oldid=34231"
Community content is available under CC-BY-SA unless otherwise noted.