The Night Fury is a Strike Class dragon released in May 6th, 2014 as part of v7.1 and the 1st dragon not available at the Store.

In order to receive the presumably only living Night Fury, Toothless, players need to purchase a 3 months or higher Membership or the Trial Membership, and have an open slot for him. The Membership has to be active in order to have a constant access to him, with exception to anyone who purchased Membership before October 16th, 2014 are allowed permanent access to him. Even after the Membership ended, Toothless will still take up a Stable slot.

In v1.21, April 24th, 2016, members with an active 6 months or higher will receive Toothless' Alpha Look skin, based on How To Train Your Dragon 2's Alpha Toothless scene. Upon equipping Toothless with it, it will upgrade the stats similar as to a Titan dragon. In v3.0.0, February 21st, 2019, the Light Fury joins Toothless in becoming the 2nd dragon to be Membership exclusive.

"Toothless is a Night Fury dragon, one of the most mysterious species of Dragons that exist. In the Journal of Dragons, he is placed in what is known as the Strike Class.
Physically, he is of medium sized build with jet black scales covering his body. Hiccup gives him the name Toothless because of his retractable teeth. Rather than breath fire like most dragons, Toothless is able to shoot plasma. He is also extremely agile and uses his speed and coloring to hide from the Vikings in the night sky. He has the ability to ‘Dive Bomb’, which involves diving from great heights, gaining tremendous speed at a downwards angle, and shooting his plasma bolts.
Toothless is very headstrong – while he will listen to Hiccup some of the time, he is inclined to do what he wants, when he wants. He is also observed to be playful and active, often observing what Hiccup does and mimicking him."

For more information on the Night Fury, visit here.

By buying a 6 months or higher Membership, players are rewarded the Toothless Alpha Look which was based on following events of How to Train your Dragon 2 where Toothless unveils his dominance display against Drago's Bewilderbeast. The Toothless Alpha Look is a skin similar to the Hero Dragon skins, the Alpha Look darkens Toothless and adds a navy blue glow on the spine, nostrils and mouth with extra scales on the nubs and limbs, the dorsal spikes also change to the secondary "flaps" mechanism which involve the spines "divide" in two leathery fins. The skin has the similar attributes of a Titan dragon though with some minor differences: The Alpha Look will only boost the Base Damage as well as give an revertible change of appearance, unlike the Titan Stage which also increases the Battle Health, Dragon Energy and increases the Stable Missions percentage in most of the missions.

The Skin however is somewhat unique, because the Alpha Look can only be achieved by requiring Toothless wearing the Toothless Alpha Look skin, the 6 month of higher Membership will also unlock extra version of the available skins to allow Toothless wearing the other skins without removing the Alpha skin. But no matter what the player does, entering Hidden World Annex will overwrite the Alpha skin and temporarily remove it, implying the Alpha doesn't have an Alpha edition with the Bioluminescent Patterns, though, players can apply the Blue Algae Glow with the Alpha skin.

An experiment with the spectrometer reveals that Toothless fire is made out of acetylene and oxygen. Acetylene is a very powerful fuel that burns at an extremely high temperature. 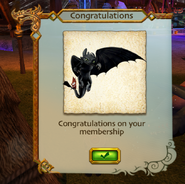 Toothless Swimming (back view and animated) 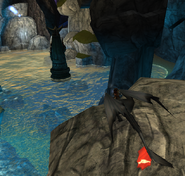 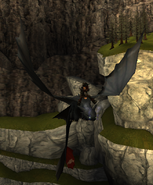 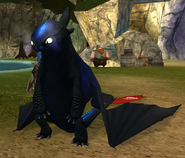 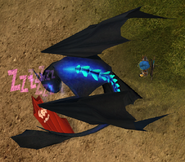 Comparison between Toothless and Alpha Toothless 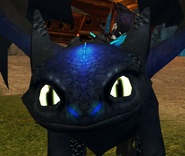 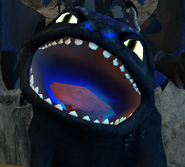 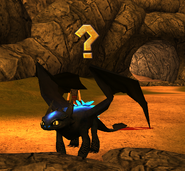 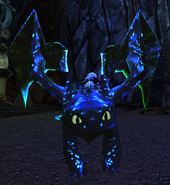 Underwings patterns
Add a photo to this gallery

Underwings (bottom view)
Add a photo to this gallery

Limb patterns
Add a photo to this gallery 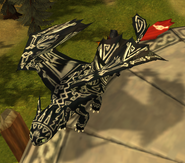 Patterns (bottom view)
Add a photo to this gallery 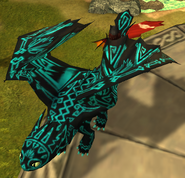 Patterns (bottom view)
Add a photo to this gallery

Bottom patterns
Add a photo to this gallery
Retrieved from "https://dreamworks-school-of-dragons.fandom.com/wiki/Night_Fury?oldid=38152"
Community content is available under CC-BY-SA unless otherwise noted.