The Prickleboggle is a Sharp Class dragon original to the School of Dragons and was introduced on July 24th, 2015. It can be purchased for 750 gems (600 gems for members) from the store.

"From the sidelines of the battlefield comes the Prickleboggle. There is more than meets the eye with this dragon; don’t be deceived by its lack of combative abilities, they are still an impressive addition to your stables. What they lack in a fight, they make up for in their calming and healing talents in some of the most chaotic of circumstances. These dragons have essential healing powers, powers that help them bond to some of the most ferocious of dragons, who are often very loyal to them after being healed.

"To avoid attacks, Prickleboggles have defensive skin, which prevents them from being harmed while they tend to their fallen dragon friends. Not to say that they are impenetrable to fiery attacks, but they have evolved to thrive through quick attacks when aiding friends in battle.

"While this dragon is known for being one of the more peaceful of creatures to fly across Berk, it is important to remember that it also has an essential function to heal and calm, making for the ultimate addition as you grow your fleet of winged companions."

For more information on the Prickleboggle, visit here.

This symbiotic relation seems pretty deep, as a Quaken will follow its Prickleboggle friend if it takes flight. This is how the player bring the Quaken from Dark Deep to Dragon's Edge in the same quest.

Quest: The Hunter in the Blizzard Edit

In this quest Astrid sends the Prickleboggle from Dark Deep to Glacier Island, in case the player needs it. This shows that the dragon is docile, and once gained its trust, it is easily trained.

The Prickleboggle will then help healing a wounded Snow Wraith on the island, showing that the symbiotic relation with the Quaken is not exclusive, but it will help any dragon in danger. 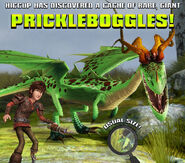 Baby Prickleboggles
Add a photo to this gallery 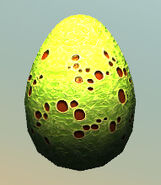 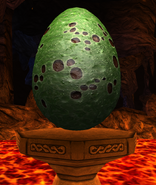 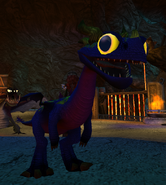 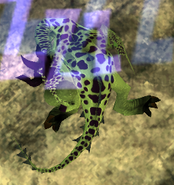 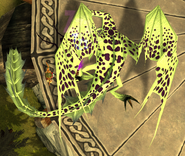 Prickleboggle Braking
Add a photo to this gallery

The Dark Deep Prickleboggle
Add a photo to this gallery

Retrieved from "https://dreamworks-school-of-dragons.fandom.com/wiki/Prickleboggle?oldid=39428"
Community content is available under CC-BY-SA unless otherwise noted.