The Sand Wraith is a Tidal Class dragon released on February 11th, 2015. They can be purchased for 750 gems (600 for members) from the store.

As for V2.3.0, in the intro sequence, the Sand Wraith is one of the four Secondary Starter Dragons that can appear caged, most likely to unlock the Stable Missions without needing to buy a new dragon (the player still has to choose their actual starter dragon).

"A Tidal Class expert in camouflage that buries itself in the sand. It's a good way to surprise their prey...and avoid sunburn!

"Unlike other dragons, the Sand Wraith has a unique fire power. It shoots hardened balls of sand surrounded by weak fire from a distance. The Sand Wraith makes full use of its sandy habitat, the beaches and the deserts. It buries itself in sand for long periods of times, waiting for unsuspecting prey. Then, it ambushes it and strikes. It is an excellent, ingenious idea as it prevents potential prey from spotting it. The beach and desert is a rather hot environment and thus, this method also helps prevent the Sand Wraith from getting sunburn. The very fact that the Sand Wraith is able to come up with the ingenious idea of hiding in sand shows that the Sand Wraith is highly intelligent. It is able to solve problems and improvise on solutions. They are able to make good use of their environment. Their problem solving skills and critical thinking is similar to that of a human. These skills are useful when hunting."

For more information on the Sand Wraith, visit here. 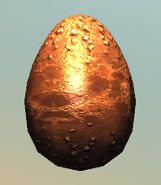 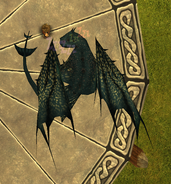 Sand Wraith's Happy Particles (sand coming out of his mouth) 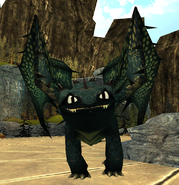 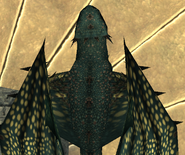 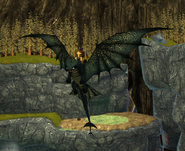 Sand Wraith Braking
Add a photo to this gallery 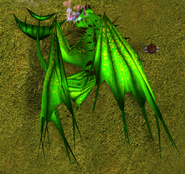 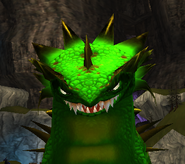 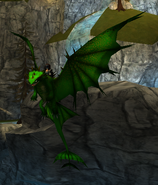 Upperwing patterns
Add a photo to this gallery

General body patterns
Add a photo to this gallery

Retrieved from "https://dreamworks-school-of-dragons.fandom.com/wiki/Sand_Wraith?oldid=39432"
Community content is available under CC-BY-SA unless otherwise noted.