The Scuttleclaw is a Sharp Class dragon released on January 29th, 2015. They can be purchased for 750 gems (600 for members) from the store.

In 11th of November, 2016, the Scuttleclaw received a Titan Stage.

"It resembles a cross between a Deadly Nadder and a Hideous Zippleback. It's head is similar to a Zippleback's, and its body, legs and feet are reminiscent of a Nadder's. It has spines like those of a Zippleback too, and has a long tail.

"Even for infants, Scuttleclaws have proven to be quite powerful. They were able to carry heavy Vikings, such as Gobber and Fishlegs. It also appears they have green fire, though they haven't been seen using it in the second film. Like all baby dragons, Scuttleclaws are immune to the Bewilderbeast's control. Also these infants can fly for a very long distance from their home all the way to Berk, carrying heavy riders and like to show off their stamina."

For more information on the Scuttleclaw, visit here.

Scuttleclaw are seen in their natural environment, Scuttleclaw Island, a cold environment coverend in ice and snow. Similar to Hobblegrunt, Scuttleclaws lives in packs, and nets together. Their nests are a simple snow mound, made on soft snow plains, and they paarently lay 10 eggs per nest. baby Scuttleclaws remains in the nest area together with adults.

They are prey for the Skrill, and in defense they show cooperative pack behavior: the flock of Scuttleclaws acts in sync as a defense against predators. Each dragon performs a specialized role to help its flock-mates defeat threats.

An experiment with the spectrometer reveals that the Scuttleclaw fire is made out of a copper compound. 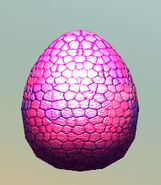 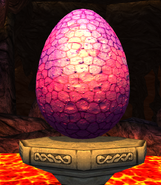 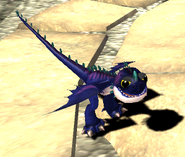 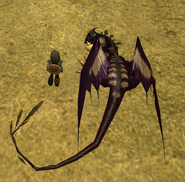 Scuttleclaw Braking
Add a photo to this gallery 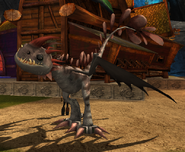 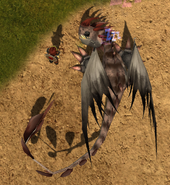 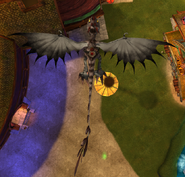 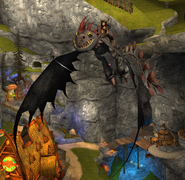 Titan Scuttleclaw Braking
Add a photo to this gallery

Retrieved from "https://dreamworks-school-of-dragons.fandom.com/wiki/Scuttleclaw?oldid=39386"
Community content is available under CC-BY-SA unless otherwise noted.