From The School of Dragons Game Guide:

"As learned in 'Defenders of Berk', the Skrills have the ability to stay frozen for decades upon decades; they were found in a huge block of ice that was near-impossible to break. With the help of Hookfang, Snotlout was able to blow it up, leaving many Skrills to wander the land. Since the School of Dragons was accepting more dragons, Hiccup, Astrid, Snotlout and the Headmaster all decided to provide the Skrill a home and a place to lay their eggs.

"With its large wings, they fly like professionals with extremely fast momentum through anything, even lightning. The metallic spikes on their back are not only used to cut through things, but they are used to shoot lightening out of their mouths. Although Skrills are generally very mysterious, they are also known to be aggressive and powerful. You usually find the Skrill flying about during an electrical storm.

"These Skrills definitely have a mind of their own, but in the end, they will always be a loyal partner."

A wild Skrill is seen attacking a Scuttleclaw nesting area. While Astrid mentions the Skrill might be an invasive species, we don't have enough data to confirm it. As seen in the Dragons series, the Skrill has adapted to survive even if frozen, so cold environments like Scuttleclaw Island might be part of its normal hunting territory.

Its aggressive nature is shown as it will promptly change its target, from Scuttleclaw to Stormfly, when provoked. 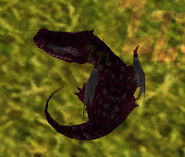 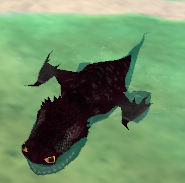 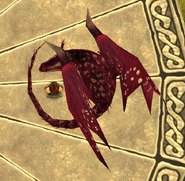 The lightning effect on the Skrill's wings 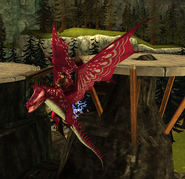 Skrill Braking
Add a photo to this gallery 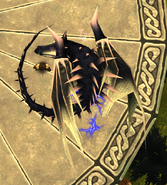 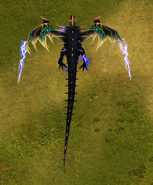 The lightning effect on the Titan Skrill's wings 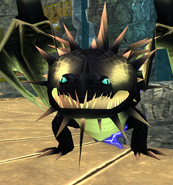 Titan Skrill Hovering
Add a photo to this gallery 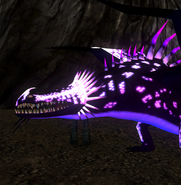 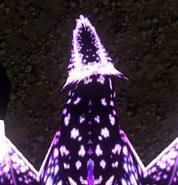 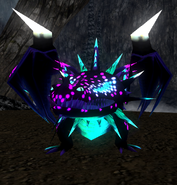 Retrieved from "https://dreamworks-school-of-dragons.fandom.com/wiki/Skrill?oldid=41288"
Community content is available under CC-BY-SA unless otherwise noted.