In spite of being exclusive, they're available in the Dragonpalooza for 25,000

"This dragon is highly intelligent and possesses various powers, from high electric bolts to hot fiery bursts. They have a powerful body protected by bone armor, able to create electric charges, and has high amounts of strength; this dragon combines the most impressive traits of a Skrill and a Boneknapper. They love to take flight during dark and stormy nights and can keep soaring amongst the clouds with their high amount of stamina. They have certainly been an incredible discovery for all Dragon Trainers around!"

To learn more about the Skrillknapper, go here. 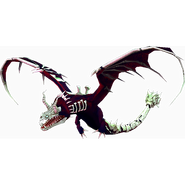 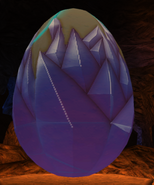 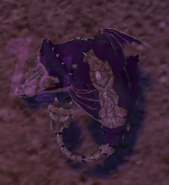 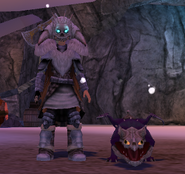 Size comparison between a Viking and a Baby Skrillknapper

Quest: Return of the DagurEdit 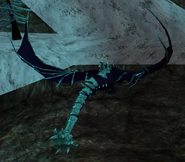 Retrieved from "https://dreamworks-school-of-dragons.fandom.com/wiki/Skrillknapper?oldid=41885"
Community content is available under CC-BY-SA unless otherwise noted.