The Sliquifier is a Tidal Class dragon introduced on July 10th, 2015. They can be purchased for 750 gems (600 for members) from the store.

"Like the Changewing and several other dragons, the Sliquifier emits acid. It uses its speed to churn up powerful streams of acid before attacking its opponents. Sliquifiers make their blasts stronger as they increase their speed at the time of release.

"The Sliquifier is the fastest swimming Tidal Class dragon. Its speed makes it useful to hunt prey and escape from danger. The Sliquifier also uses its speed to churn up acid. As its speed increases, the power of its acid increases too."

For more information on the Sliquifier, visit here. 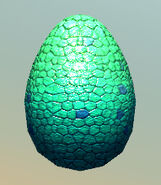 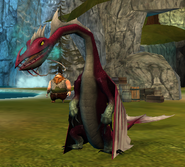 Sliquifier Swimming (back view and animated) 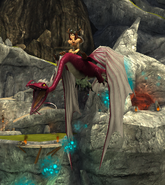 Sliquifier Braking
Add a photo to this gallery

Retrieved from "https://dreamworks-school-of-dragons.fandom.com/wiki/Sliquifier?oldid=39391"
Community content is available under CC-BY-SA unless otherwise noted.