Slithersong is still incomplete. Please remove the checklist upon completing all the tasks.

"Joining from the ship graveyard, the SLITHERSONG is here to bring Vikings all kinds of chills with its melodious song. Piggybacking on Trader Johann's escape boat, it's eggs are now available for Vikings like you to try your hand at training a dragon deemed impossible to train.
So how did Trader Johann end up tangoing with this Mystery Class dragon? It was when he was sailing at night and found himself entranced by the sound of its alluring chant. It wasn't long until he suddenly finds himself in the ship graveyard, with parts of his beloved boat encased in hard amber cocoon! Luckily for him, he quickly realized that the dragon was instead interested in the giant eels trying to sink his ship.
Grateful for the fortunate distraction, now Johann had to decide whether to abandon his ship entirely or not. That was when a rogue dragon rider came swooping in with a solution: a smaller boat for the friendly trader to escape with at least some premium crates! At the time, though, he didn't realize that he would be leaving with some stowaway Slithersong eggs.
It was thanks to this encounter, however, that Trader Johann could present a new dragon for his favorite Vikings to train! Although extremely solitary like the Death Song, Johann believes that you'll find this dragon to be a worthy companion while you're on your adventures.
Whether you're earning fame on the racing track or defending the Training Grounds with your fellow clanmates against an intruding ship, the Slithersong is here to stay! Do you have what it takes to bring this dragon under your fold? Stop by the Trading Post to pick up an egg today!"

For more information on the Slithersong, visit here.

Very similar to the Death Song, the Slithersong is faster and has a higher pitch and turning rate while possessing slightly lower health.  Despite having the same shot limit and base damage as the Death Song, the Slithersong has a lower firepower rating. The two species share similar markings and color options but have their own unique animations to help set them apart from each other.

Despite gaining energy from eating eels, the Slithersong is ineligible for the Stable Mission 'Eels!', which can be done by other eel-eating dragons.

The Slithersong was firstly released in the game "Rise of Berk", where it is considered as the main species, with the Death Song being a variation. In School of Dragons, while it's acknowledged they are related (On the release note it's stated that the Death Song is "its kin"), no more details were given about their relationship.

Prior to the official announcement, a listing for the Slithersong egg was discovered in the Trading Post by multiple players on the 28th.  The egg appeared and then disappeared from the store at least twice in the intervening hours.  Upon first being found by players, the Slithersong egg was listed with a full price of 600 gems (non-members) and on sale for 396 gems.  Both known times that the egg appeared in the store, it displayed with a placeholder image of Hiccup and Toothless wearing Snoggletog hats.  Once the egg was officially released, the placeholder image was replaced with the proper graphic and the full price was raised to 750 gems (non-members).  Immediately following its release, the Slithersong egg remained on sale for 33% off (495 gems for non-members) for an unknown number of days.

At least one player who purchased a Slithersong egg during its pre-release appearance reported having problems hatching the egg. 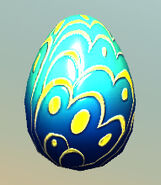 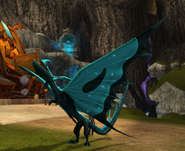 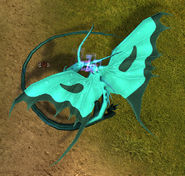 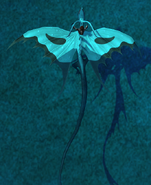 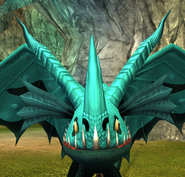 Slithersong Braking
Add a photo to this gallery

Retrieved from "https://dreamworks-school-of-dragons.fandom.com/wiki/Slithersong?oldid=42069"
Community content is available under CC-BY-SA unless otherwise noted.