The Snow Wraith is a Strike Class dragon released on June 26th, 2015. They can be purchased for 750 gems (600 for members) from the store. On April 7th, 2016, the Snow Wraith recieved a new model and animations.

On December 9th, 2016, the Snow Wraith received a Titan Stage.

"This 30-foot-long, bipedal dragon has thermal vision that allows it to track prey even during the most blustery blizzard, which it uses for cover. Being a Strike Class, it’s a speedy, snarling white worm. Snow Wraiths have no known vulnerabilities, making them a supremely formidable force to be reckoned with during battle. It lives in sub-zero climates and have adapted to these desolate conditions in surprising ways, such as their all-white coloration that allows for natural camouflage in snowy conditions and an ability to grip onto ice using claws on their wings and tails. Snow Wraiths’ teeth is also the sole tool that can unlock the Dragon Eye.

"The erratic Snow Wraith is known for its vicious and predatory nature and dangerous and reclusive temperament. Like all Strike Class dragons, it is highly intelligent."

For more information on the Snow Wraith, visit here.

Quest: The Hunter in the Blizzard Edit

The player, with the help of Heather, will find a wounded Snow Wraith on Glacier Island, its natural environment. While the details aren't clear, it seems the dragon has been wounded by a pack of Speed Stingers, probably as a result of a conflict between predators over the control of the territory.

The dragon is then healed by a Prickleboggle, meaning that the healing powers of that dragon are known and appreciated by several species of dragons.

It is also mentioned that the Snow Wraith blends with the environment (camouflage) thanks to its skin color, and it uses it to sneak up on prey and hide from predators.

In Wraith Invaders a wing of wandering Snow Wraiths arrived at The Lookout, that is a very different environment from their normal one. Their stay it was just probably to rest a bit, as they leave soon. 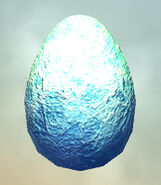 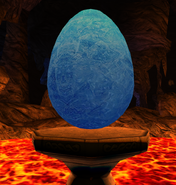 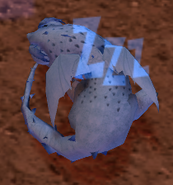 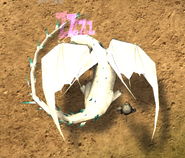 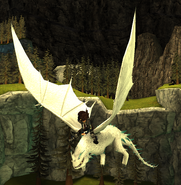 Snow Wraith Braking
Add a photo to this gallery 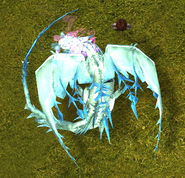 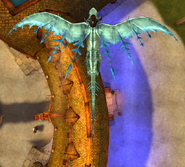 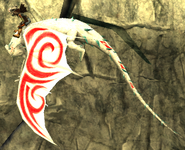 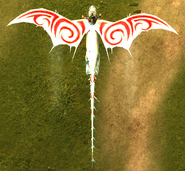 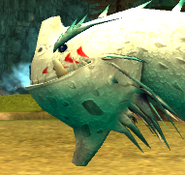 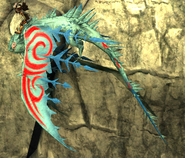 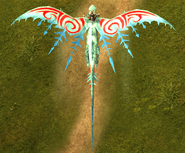 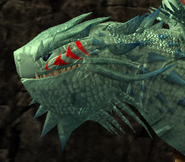 Retrieved from "https://dreamworks-school-of-dragons.fandom.com/wiki/Snow_Wraith?oldid=41821"
Community content is available under CC-BY-SA unless otherwise noted.