Terrible Terror is still incomplete. Please remove the checklist upon completing all the tasks.

On April 13th, 2020, the Terrible Terror received a price adjustment and was reduced back to its original price upon its initial trainable release of 750 Gems (600 for members).

"The Terrible Terror resembles a Common or Garden Dragon in appearance. It has an iguana-like body, two pairs of horns, one pair of wings, and a tail with a barbed tip. It comes in various colors, with green being the most common. Others are red, orange, blue, yellow and purple. Its physical attributes (such as the type of horn and spinal ridge) suggest that, despite the size difference, it is closely related to the Monstrous Nightmare. Its large yellow eyes and small size make it one of the most adorable species of dragons."

For more information on the Terrible Terror, click here.

In this quest Leopold, a trained Terrible Terror owned by Harald Forkbeard, is introduced.

They made their first appearance in Alchemy Adventure in 2014 a part of one of that minigame's power-ups. A few months later, on 2/13/14, Terrible Terrors were added to Eel Roast as part of version 6.0. In 2015 they appeared again in Loki's Maze of Mayhem and reprised their appearance in Loki's Maze of Cheer later that same year. A Terrible Terror can also be seen in the Dream Stable as part of the decor. 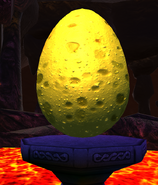 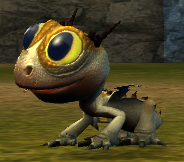 Size comparison between a Baby Terrible Terror and a Viking

Baby Terror Flying in the Hatchery 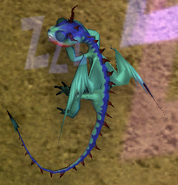 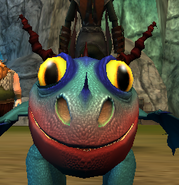 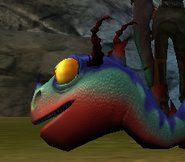 Close-up of a Terrible Terror's skin 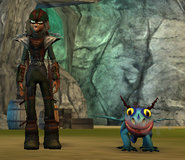 Size comparison between an Adult Terrible Terror and a Viking 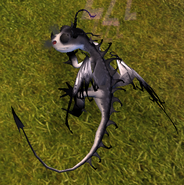 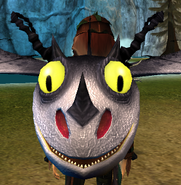 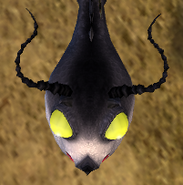 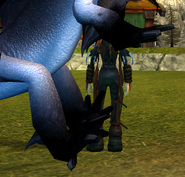 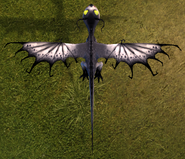 Size comparison between an Titan Terrible Terror and a Viking 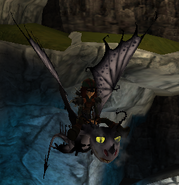 Titan Terrible Terror Braking
Add a photo to this gallery

Harald with Leopold on his shoulder.

The Terrible Terror from the Dream Stable

Ditto (walking)
Add a photo to this gallery

General view of the patterns

Wing patterns
Add a photo to this gallery
Retrieved from "https://dreamworks-school-of-dragons.fandom.com/wiki/Terrible_Terror?oldid=41801"
Community content is available under CC-BY-SA unless otherwise noted.