The Lookout is one of the 5 major locations and home to The Farm's entrance. It's home to multiple quest activity and an open spot for players to meet up with.

Due to the Lookout being located in one of the edges of the map, the location is a caldera wide open to the sea, with the background displaying a sunset, giving an orange hue to the whole location. The location is "divided" in two parts: the upper grounds and the under grounds.

The upper grounds is an enormous stack in the middle of a lake, filled with green, short vegetation and some sections connected either with wooden bridges or to large, multi-layered cliffs with some small plunge waterfalls falling from the very top of some cliffs. In the very tip of each side, there's a Viking statue, similair to another Viking statue that can be bought form the Store.

In said stack, around in the middle, is Phlegma's Greenhouse with both a mill, the World Map and the Farm Jobs list by it. To its left, there's a long, encurved bridge that leads to the under grounds, and in front of the Greenhouse is where The Farm is located at. To the Farm's left , there's a path with two bridge that leads to a taller stack that contains a telescope.

On the cliffs, there's four large holes that lead to a dark, deep, enlongated tunnels for players to fly around in, the cavern goes around the entire cliffs and each hole leads to an exit with higher/lower altitude, with the beginning being in the under grounds and the last hole being on the very top of the upper grounds.

By going through the encurved bridge path, flying with your dragon or simply fall into the swimmable water, players can walk and swim around in the under ground areas. The under grounds is a large, deep lake with a dock below the main stack, filled with two beached areas, both containing freshwater fishing spots. 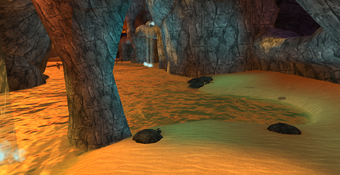 The Lookout was once just a small plateau located in a cliff at The School. It was involved in some quests, one of which involved a quest given by Phlegma. After an unknown update, the entire school was updated and the small plateau turned into a whole new location. 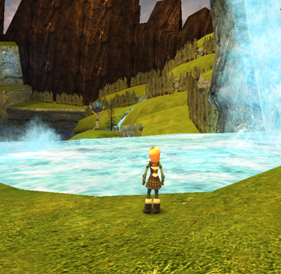 Area above the old school lookout 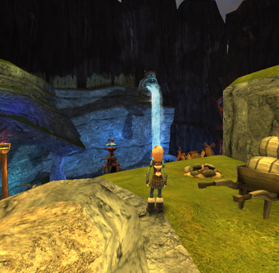 Player at the old school lookout
Retrieved from "https://dreamworks-school-of-dragons.fandom.com/wiki/The_Lookout?oldid=40581"
Community content is available under CC-BY-SA unless otherwise noted.