The Tide Glider is a Tidal Class dragon released on January 16th, 2015. They can be purchased for 750 gems (600 for members) from the store.

"This graceful Tidal class drifter doesn't 'swim' through the water, it dances! Its saliva is said to have healing qualities... but it is too skittish for anyone to find out. The Tide Glider coasts along the waves peacefully, until it spots an enemy in the distance and shoots an acid ball to clear a path!"

For more information on the Tide Glider, visit here.

A wild Tide Glider is found trapped in a Dragon Hunter's cage along other dragons at Hobblegrunt Island. It is stated that this is not its natural enviroment.

Quest: The Mystery of the Fog Edit

Two adults and a baby are seen feeding on Mulch and Bucket's catch at Open Sea, while the two fishermen are unconscious. 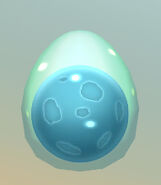 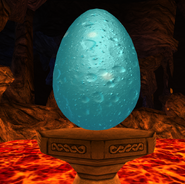 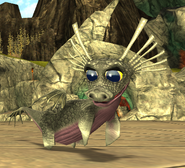 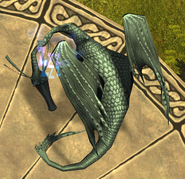 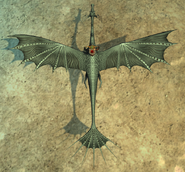 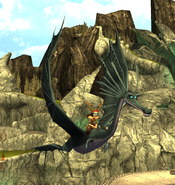 Tide Glider Braking
Add a photo to this gallery

Retrieved from "https://dreamworks-school-of-dragons.fandom.com/wiki/Tide_Glider?oldid=39406"
Community content is available under CC-BY-SA unless otherwise noted.