The Timberjack is a Sharp Class dragon that can be bought for 750 gems (600 gems for Members). Prior to its release on December 25, 2015, the Timberjack had already appeared in the game as the first species of dragon that players could not add to their stables.

As of September 10th, 2019, the Timberjack received a Titan Stage.

Timberjacks were originally added to the game as the fast-travel taxi. Initially the Timberjack in the game, this single dragon had no name and players were meant to assume that each taxi location was a different Timberjack, a fleet of taxi dragons to ferry players around. Despite this being the official position based on the wording of release updates, many players assumed that there was merely one taxi Timberjack: Stokehead.

This belief was bolstered by the release of Stokehead's Flight Club Hero Levels--free for members but costing 250 gems for non-members to unlock.

For a time, taking the taxi Timberjacks would allow players to take a short ride on one, but this aspect of the taxi system was later removed in favor of an instant teleport to a player's chosen destination.

With the presence of Timberjack animations in the game, hackers were able to create a Timberjack 'skin' and apply it over another dragon, obtaining a Timberjack-lookalike before the Timberjack was released into the game. These skins were known amongst players as 'Timberhacks' and, as far as anyone knows, have all but disappeared since the Timberjack was officially released.

A recent update removed the Timberjack taxi dragons, replacing them with the World Map instead.

"Native to dense, wooded area, Timberjacks are acutely sensitive creatures that prefer the peace and solace found in their beloved forests.
But don't let their introspective demeanor fool you. When attacked, betrayed or offended, Timberjacks will start flailing their expansive wings, whose edges are razor-sharp - sharp enough to shear through the thickest tree trunk and still not slow down a Timberjack's flight.
Those huge wings do more than just chop trees.On the ground, Timberjacks also have the ability to fold their wings around weary riders like a makeshift tent, offering warmth and protection from the elements and other dragons!"

For more information on the Timberjack, go here.

One of the largest dragons in the game, the Timberjack is rarely seen around campus. This dragon's signature ability to cut trees with the razor-sharp edges of its wings can only be seen in Stokehead's Flight Club Hero levels, where they feature as part of the gameplay.

Despite having no legs, the Timberjack gets around just fine on the ground, with a walking animation similar to that of the Typhoomerang, albeit slithering like a snake and during his wings as arms. 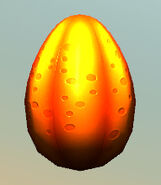 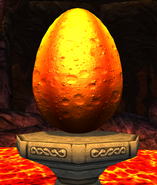 Timberjack Braking
Add a photo to this gallery

Flying on the Taxi
Add a photo to this gallery 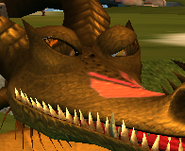 Glitched eyes
Add a photo to this gallery
Retrieved from "https://dreamworks-school-of-dragons.fandom.com/wiki/Timberjack?oldid=39407"
Community content is available under CC-BY-SA unless otherwise noted.