The Triple Stryke is a Strike Class dragon released on August 25th, 2017. It can be purchased for 750 gems (600 for members) or awarded for finishing the quest Taking the Offensive from Rise of Stormheart.

On 9th of October, 2018, the Triple Stryke received a Titan Stage.

"Vicious. Aggressive. Belligerent. These are only three of the words that describe the Triple Stryke in battle and the incredible fury it unleashes with its trio of braided tails. Displaying an ornery disposition from the beginning of their lives, Triple Strykes make the ideal champions in underground combat arenas. With their barbed hides that deflect attacks, their intense fire blasts that blind opponents, and their tail triad that braids into a single powerful weapon, a Triple Stryke wins most bouts on intimidation alone. But victory sometimes breeds vanity and exploiting this overconfidence is often the only way to defeat a Triple Stryke in battle."

For more information on the Triple Stryke, go here. 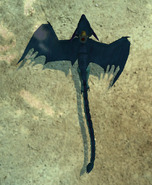 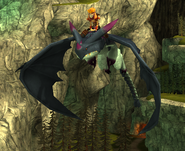 Triple Stryke Breaking
Add a photo to this gallery

The Wild Triple Stryke the player encounters with

Dagur riding Sleuther
Add a photo to this gallery

Close-up on the Sacrum pattern 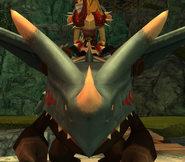 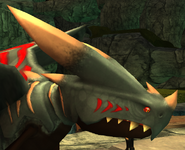 Wing patterns
Add a photo to this gallery

Retrieved from "https://dreamworks-school-of-dragons.fandom.com/wiki/Triple_Stryke?oldid=39408"
Community content is available under CC-BY-SA unless otherwise noted.