It's the sacred place where old dragons come to spend their last days, and dragon bones are found in mounds on the island. It's built around an ancient skeleton of a Bewilderbeast.

It is guarded by the Sentinel dragons, that make sure no stranger come to the island and break the solemn peace of the place. One of those enemies are the Grim Gnasher, that come to prey on the weak dragons.

Dragons that live on the IslandEdit 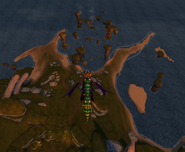 The entrance to the island, with the sea stacks where the Sentinels await 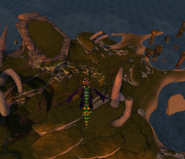 The central part of the island, where the mounds are 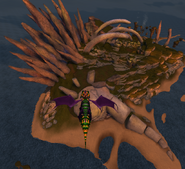 The top part of the island, with the bewilderbeast skull

Detail of the island section with the bone mounds

Detail of the Bewilderbeast skull

The World Map stand is near the Bewilderbeast skull

Oswald's hut
Add a photo to this gallery
Retrieved from "https://dreamworks-school-of-dragons.fandom.com/wiki/Vanaheim?oldid=36939"
Community content is available under CC-BY-SA unless otherwise noted.