The Whispering Death is a Boulder Class dragon. It can also be purchased from the store for 300 gems (240 for members), earned on a certain quest, or through the use of a special promotional code (each code can only be used once) found inside Riders of Berk DVDs purchased from Walmart (needs confirmation if it still applies nowadays).

As for January 3rd, 2020, during v3.5.0, the Whispering Death is no longer a Member Primary Starter Dragon.

"The Whispering Death is a frightening dragon and is identified as being a member of the Boulder Class. It is extremely deadly and is one of the most feared dragons by Vikings on the Isle of Berk. Vikings can identify a Whispering Death by its bulging eyes, spiky face and hundreds of sharp teeth that line its entire mouth.
These deadly teeth can rotate and make an eerie noise that sounds like hundreds of people whispering. “The Whisper” and the sound of the ground rumbling are the only two signs that this beast is approaching. While other dragons are sensitive to these signs, Vikings have a difficult time hearing these noises before it’s too late."
"This dragon also has a snake-like body, reaching approximately ninety-five feet in length and weighs 2,500 pounds. Its tail often makes a cracking whip noise as it moves about because of its long, thin body. Razor-sharp teeth is not the only thing that makes its mouth deadly; it also has the strongest jaw of all the dragons that it can use to travel through solid rock and burrow tunnels."
"If this dragon does not get you with its sharp teeth, it can also expel its powerful rings of fire to scorch you, or shoot the spines that grow on its head and body to slash you. The only known weaknesses of this dragon are sunlight and the inability of its sharp teeth to rip through steel. The Whispering Death is dreadfully dangerous and difficult to tame; therefore, young Vikings should be extremely cautious when dealing with this ferocious beast."

For more information on the Whispering Death, click here.

In Mission Start!, Whispering Deaths are brought to Dragon Island to burrow tunnels on the sides of the volcano. They apparently are not trained, and to control them Hiccup needs to wrangle them.

In Following Harald's Trail, a fossil that seems to belong to a Whispering Death is shown. 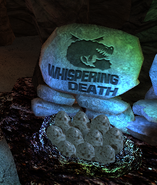 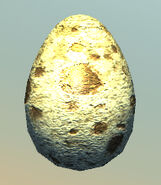 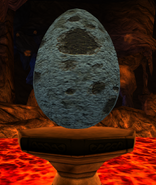 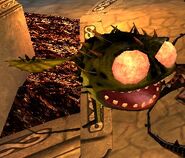 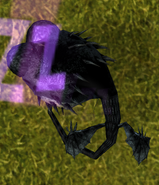 Whispering Death in the latest update 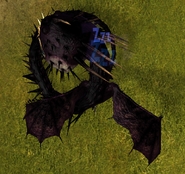 Size comparison between a Screaming Death and a Whispering Death

Length comparison between a Screaming Death and a Whispering Death 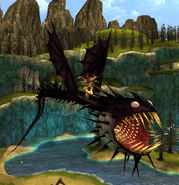 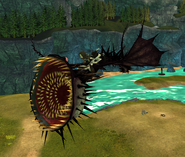 Whispering Death Braking
Add a photo to this gallery 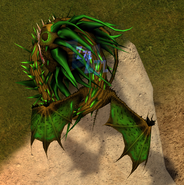 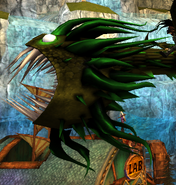 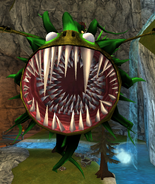 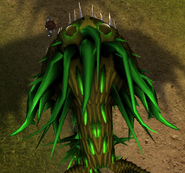 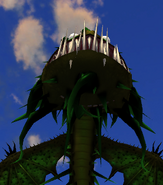 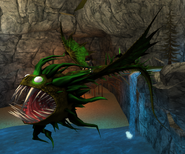 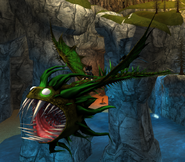 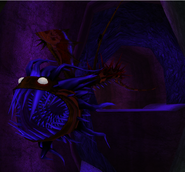 Ditto (back view)
Add a photo to this gallery 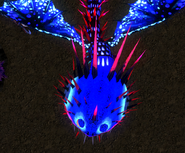 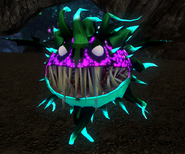 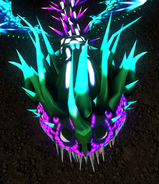 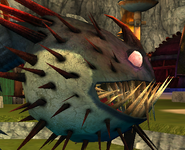 Head details
Add a photo to this gallery 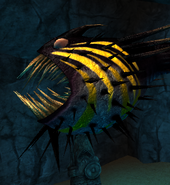 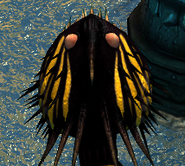 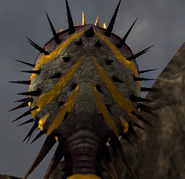 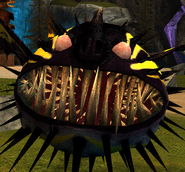 Head p+atterns (front view)
Add a photo to this gallery

Retrieved from "https://dreamworks-school-of-dragons.fandom.com/wiki/Whispering_Death?oldid=41287"
Community content is available under CC-BY-SA unless otherwise noted.