"The Woolly Howl's appearance is similar to that of a Night Fury, but its wing structure resembles that of a Skrill's. Its body is covered in fine dark scales, which in a distance, looks like fur. There are no spines or spikes along its whole body. From the School of Dragon's size, is relatively bigger than the Night Fury and the Skrill.

"As a Strike Class dragon, the Woolly Howl is extremely fast, powerful, accurate, stealthy and intelligent. The Woolly Howl's body is streamlined, with no part of its body that creates more air resistance to slow it down. But its body is bulky, which makes it heavier and slows down its speed. Though there is one more advantage of speed. The Woolly Howl has large and powerful wings that can power it to blazing speeds, even with a bulky body.

"The Woolly Howl's ability to resist blizzard storms gives it the advantage over other dragons. They can use this to make an ambushed attack on their prey. Like all Strike Class dragons, the Woolly Howl is stealthy and very dangerous. When trained, the Woolly Howl is very loyal and resembles a dog if compared to a pet, as it is proud and confident, similar to a Stormcutter."

For more information on the Woolly Howl, visit here. 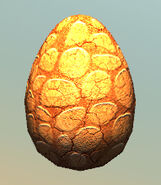 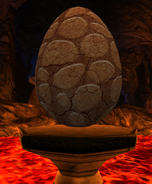 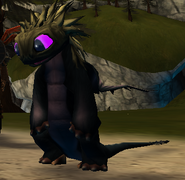 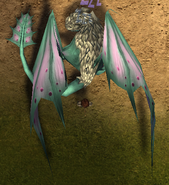 Woolly Howl Braking
Add a photo to this gallery 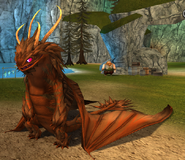 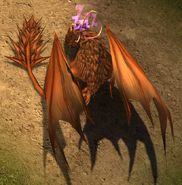 Fur-esque scales and stripes (under view)

Retrieved from "https://dreamworks-school-of-dragons.fandom.com/wiki/Woolly_Howl?oldid=39405"
Community content is available under CC-BY-SA unless otherwise noted.